The Sky is Falling....Vintage Equipment Diving is Dead...Give me a break.....

When I read nonsense like this I always pause for a moment and think to myself:

Do these people have remote viewing ability or the powers of time travel ?

From where I'm at the future of vintage equipment seems pretty promising..

For more than a decade now I have been churning out new parts and services for the vintage equipment community as fast as I possibly can.  The sky is the limit for new ideas I have running around in my head but unfortunately, my financial resources have me restrained somewhat.

Not everything I've made or reproduced has been a success. Having said that, you will never see me moping around the internet seeking either condolences or accolades for giving it "my best shot" Nor will you find me posting about all the great inventions I have that "the world is just not ready for" or any other lame excuses for failure.

The new DSV mouthpiece is kicking my ass trying to get it manufactured correctly but you don't see me whining and lamenting:

Well if you people had only given me a gazillion dollars I might have gotten this lead zeppelin off the ground. This is surely an indicator that no one is interested in vintage equipment diving and unless JP Morgan comes in and gives me a big rack of cash and sets me up in 2000 dive shops around the world I think we better turn the lights out and go back to finger painting...

Instead you will find me laughing at my failures, licking my wounds, raising hell, and getting it done despite all the setbacks.

For the Vintage Equipment Diving is dead crowd spare me a moment and consider this:

When was the last time Vintage Equipment Divers were the feature of an entire weekend festival? 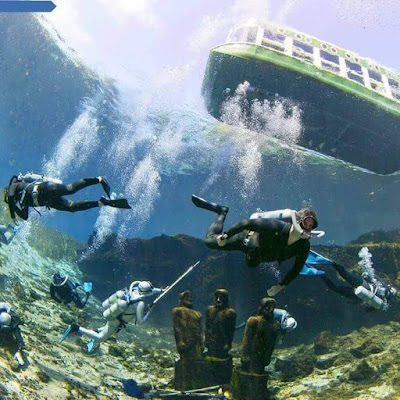 The Florida Springs Fest committee unanimously decided that the Vintage Equipment Divers would draw such a large crowd that the festival should be made into a two day event.

For the Chicken Little Sky Is Falling crowd spare me another moment and answer this:

When was the last time an Emmy Award winning videographer dedicated an entire episode to Vintage Equipment Divers? 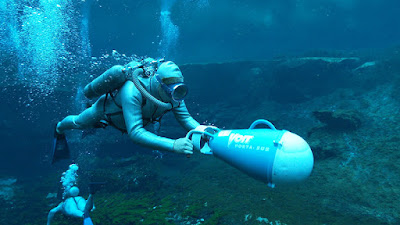 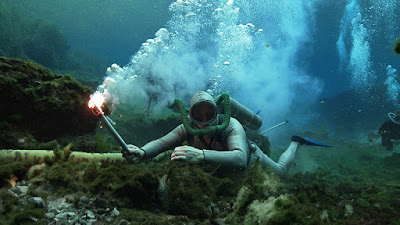 Or lets look at it another way:

Click Here to see a map of all the locations the new Argonaut Kraken Double Hose Regulator has been shipped to new divers.

If I had the time, patience, and resources to pull all the orders for Phoenix First Stages that have been sold since 2006 and put dots on the map where all of them are located the map would look like we covered the world in Swiss cheese!

Divers around the world are enjoying their new regulators.  After diving their Argonaut or Phoenix updated regulator for a while, I'm willing to bet that a great many of them look to the history of the sport and become involved with diving and restoring original double hose regulators and other vintage equipment.

Since the Argonaut Kraken came out in 2014, I have turned down numerous opportunities from dive shops and other outlets wanting to be distributors.  This has never been my vision for Vintage Double Hose nor any of it's product line.  Would I enjoy all the money? I'd be lying if I said I wouldn't! But I would lie awake at night worried about how other people were taking care of the Argonaut Kraken Divers and their regulators.  As stupid as it sounds, I view every regulator as mine and I adopt them out to new divers with the hope that every dive they do with their Argonaut will be a great one and if it's not I want to be a phone call or E-mail away to help.

Cave Diving, Tech Diving, Rebreather Diving, Sidemout Diving equipment suppliers all started small and went from homemade manufacturing to some of the largest equipment suppliers in the diving industry today. None of them appeared in hundreds of dive shops overnight. The internet played and still does play a huge part in getting new ideas and opportunities for diving specialty gear out to the public.  But the point is, a few individuals picked up the ball and ran with it. They had ideas for sharing the passions they have for a specific type of diving and the market grew around them.

In November I'll be rolling out something that I have been working on for over a year. Some will view it and simply shake their heads. Other will say I can't believe that crazy SOB did it!

To wrap it all up I see the cup as half full and the world as our oyster!  For the folks who would decry gloom and doom on our little segment of the diving world I would love to debate the issue with you.