A little history on the quest for a double hose DSV mouthpiece.

Around 2008 Luis and Allan came up with a neat idea for one using two straight USD mouthpieces with a PVC insert inside. Problem was you had to cannibalize two good mouthpieces and use a lot of lubricant to keep it working smoothly. 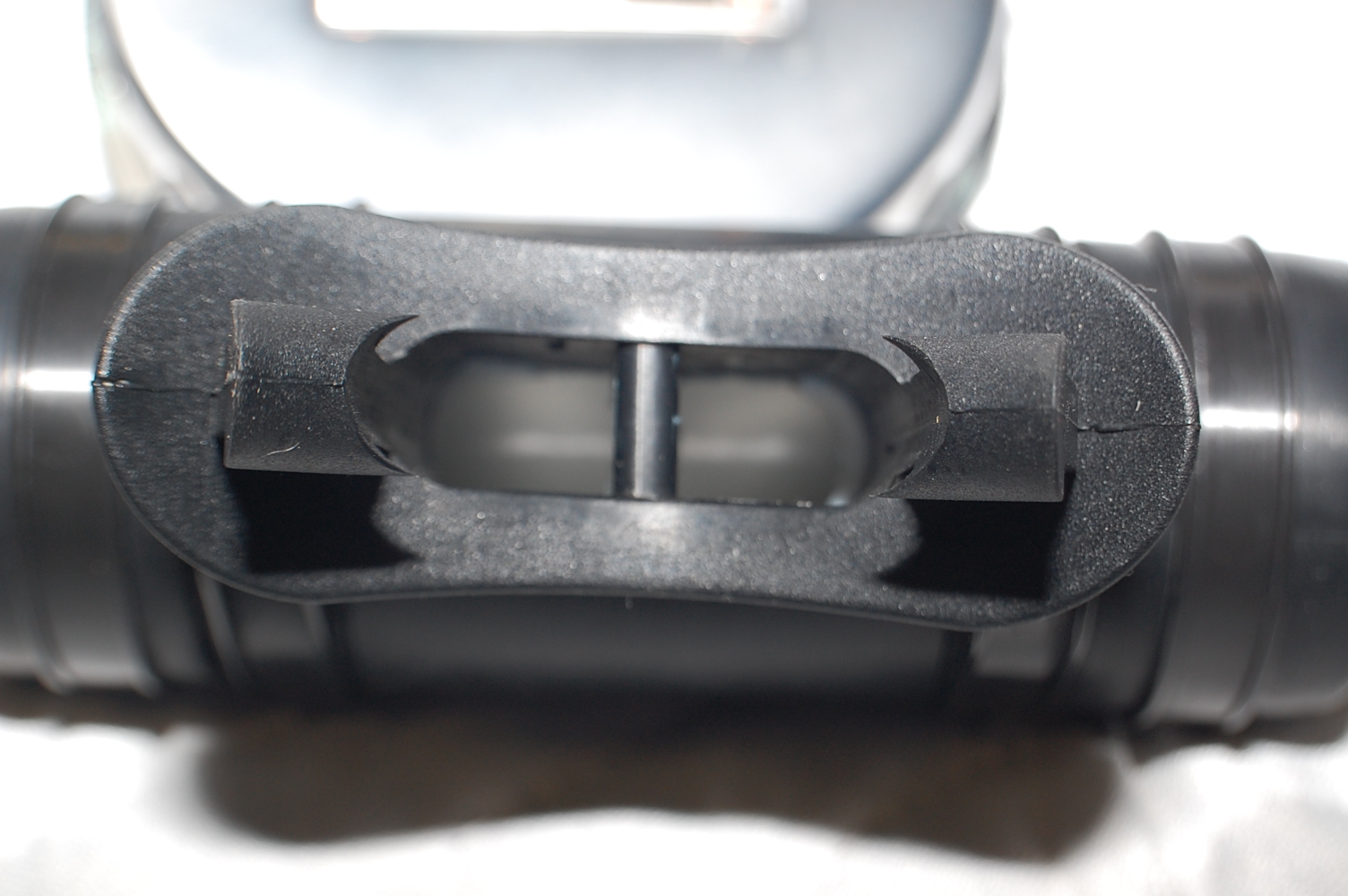 Next I worked with a fellow diver on a completely new mouthpiece that had some promise but also some design flaws that were never worked around. Many of you have seen the video of me testing it in the pool.  3D Models a few years ago didn’t hold up well underwater like the material used for them today so testing was brief. Good idea but too complicated and I’ll skip the details of why it never went any further. 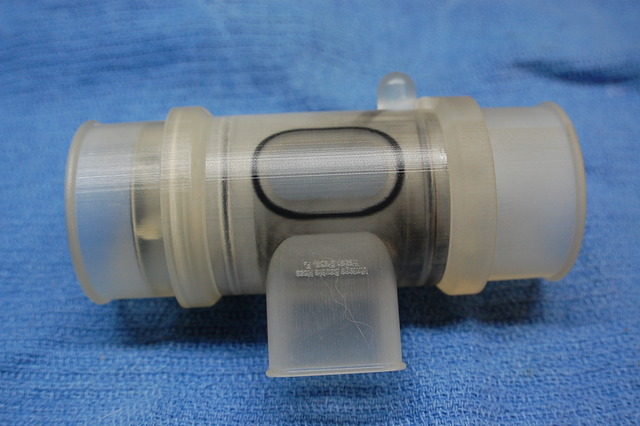 I gave up on the idea for several years, Luis and I along with many others concentrated on making the Argonaut Kraken a reality.  All along we wanted the Kraken to have it’s own mouthpiece but resources and time were stretched beyond the breaking point and the idea had to be shelved for the time being.
Exactly when my next brain storm came about I can’t say for certain.  I had been working with a Drager DSV mouthpiece for a while and trying to figure out a way to make one that was less complicated and that I could make affordable to offer it with the Argonaut Kraken. At the time their DSV’s were over $300.00.
Under my workbench is a big box of mouthpieces and from time to time I would spread them out on the table and try and come up with some idea that showed promise. Messing around one day with a Hope Page I got the idea to make a simple tube that would go inside the mouthpiece that you could rotate closed or open as need dictated. It would be sealed by O-rings and use the wagon wheels and valves I already had. 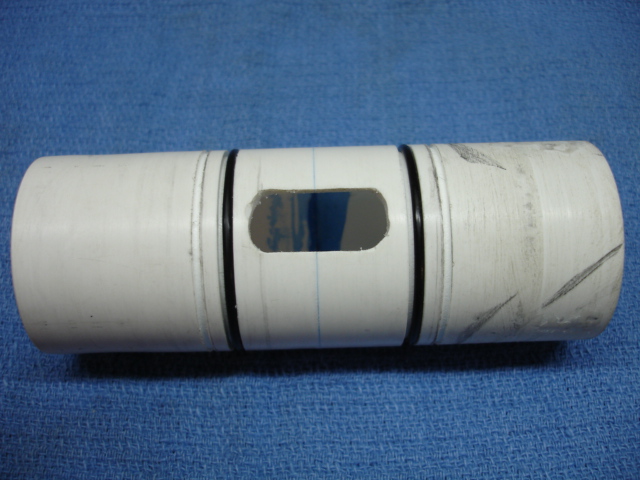 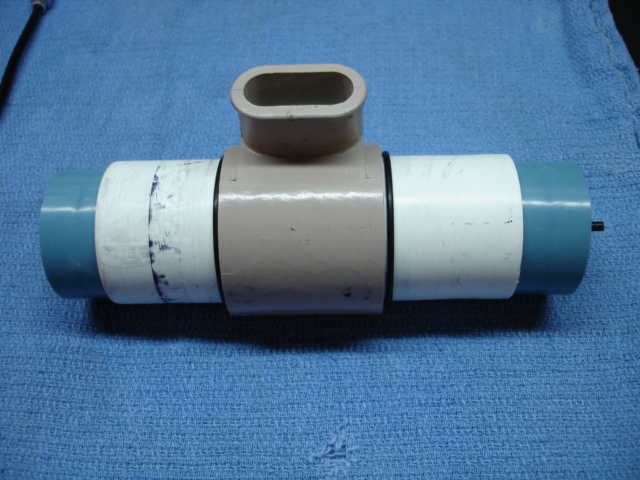 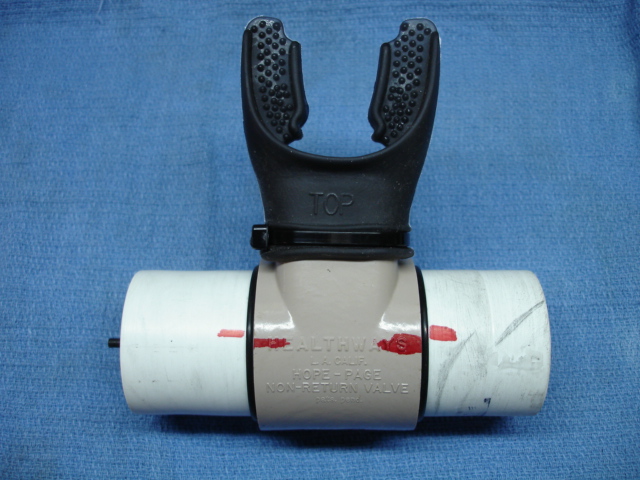 Tom (Captain) on the VDH Website Message Forum did all the machine work in an attempt to get my crazy idea to work…...It did work and it would shut off air at the surface but it would not seal up and water leaked in it like a screen door on a submarine.  Plus I would feel kinda bad cutting up a bunch of classic Hope Page mouthpieces to make them.

After we got the Argonaut Kraken up and running Luis asked me to send my crazy idea to him so he could look at it more closely.  At this point I was asking him to reverse engineer the Drager DSV so we could simplify it and possibly make a cheaper version.  Luis used the Drager on a few dives and proclaimed that it sucked and was not going to make one like it.
The Drager and every other DSV mouthpiece made for rebreathers we looked at had the same basic flaw….The mouthpiece sticks out straight like the original USD straight mouthpieces and that puts a lot of leverage on your teeth and jaw making them uncomfortable to use for long periods of time.
The Hope Page mouthpiece did not and follows a curve like the later USD curved mouthpiece does.
Luis took my idea and modified it a few dozen times and after a re-design or two felt we had something we could work with and as flawed as it was he did some diving with the Hope Page Frankenstein mouthpiece.
At this point I was happy and was ready to get the 3D’s done and start making it. Luis was not ready to pull the trigger as he knew that with the right idea the new mouthpiece could do more than offer a comfortable bite tab and the ability to close off the hose loop.
He started working with the idea of putting a diverter in the airstream that would allow the regulator to maximize the airflow of the venturi without most of it escaping down the exhaust hose. I think we started with 4 different heights and various angles before he settled on one that let the Argonaut Kraken maximize it’s airflow capability without becoming a positive pressure regulator like the Over Pressure Breathing model USD made for a short time did. 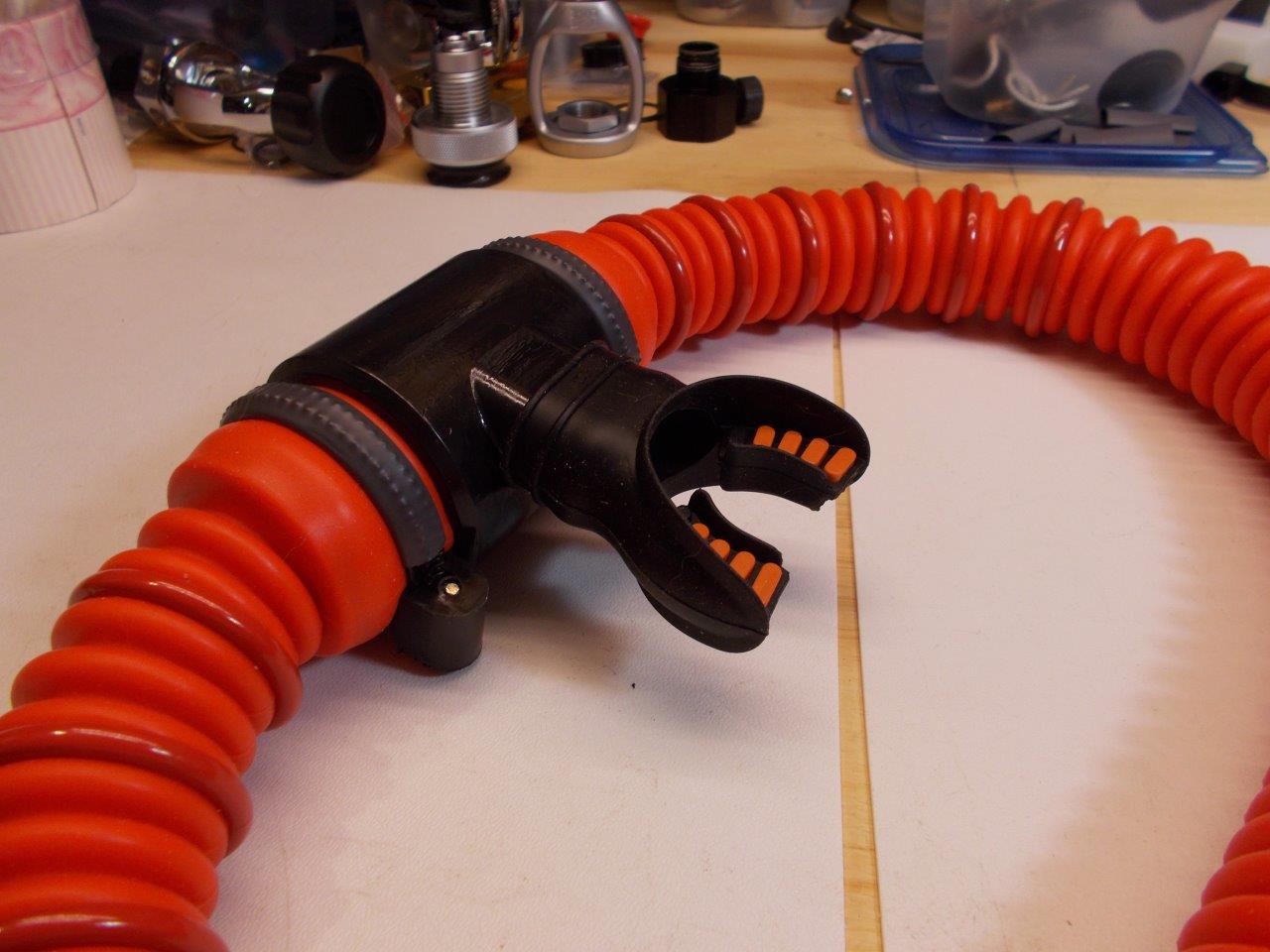 After the first 3D model was made, minor revisions were made to the other two and we started diving with them. The first one I used in the pool did not have a diverter but the other features worked flawlessly.
Luis started diving with them and experimented further with various weights on hoses and the mouthpiece attempting to get the whole assembly completely neutral in the water.
We packed up the whole show and took it to Cozumel so we could dive as much as possible and give other divers the opportunity to use it and get immediate feedback from them.
I’m now ready to build the mouthpiece for the double hose divers of the world and give them a whole new chance to outfit and fine tune their regulators to fit their diving style and needs.

Once again we have a community that made this happen.Skilled craftsmen like Tom and Herman, professional Engineers like Luis and even a rocket scientist took ideas and turned them into reality. And last but not least I’d like to thank the Caribbean Luxury divers for taking part of their Cozumel vacation to test our ideas and give constructive feedback.

I hope on November 27th you will jump in with the team for the big win and help me get the Argonaut DSV into production.

This post is made to be a brief overview of the path VDH has been on.  Luis is sharing many more details and data around it’s design and development on the VDH Website Message Forum.  Please take the opportunity to come over and join us. 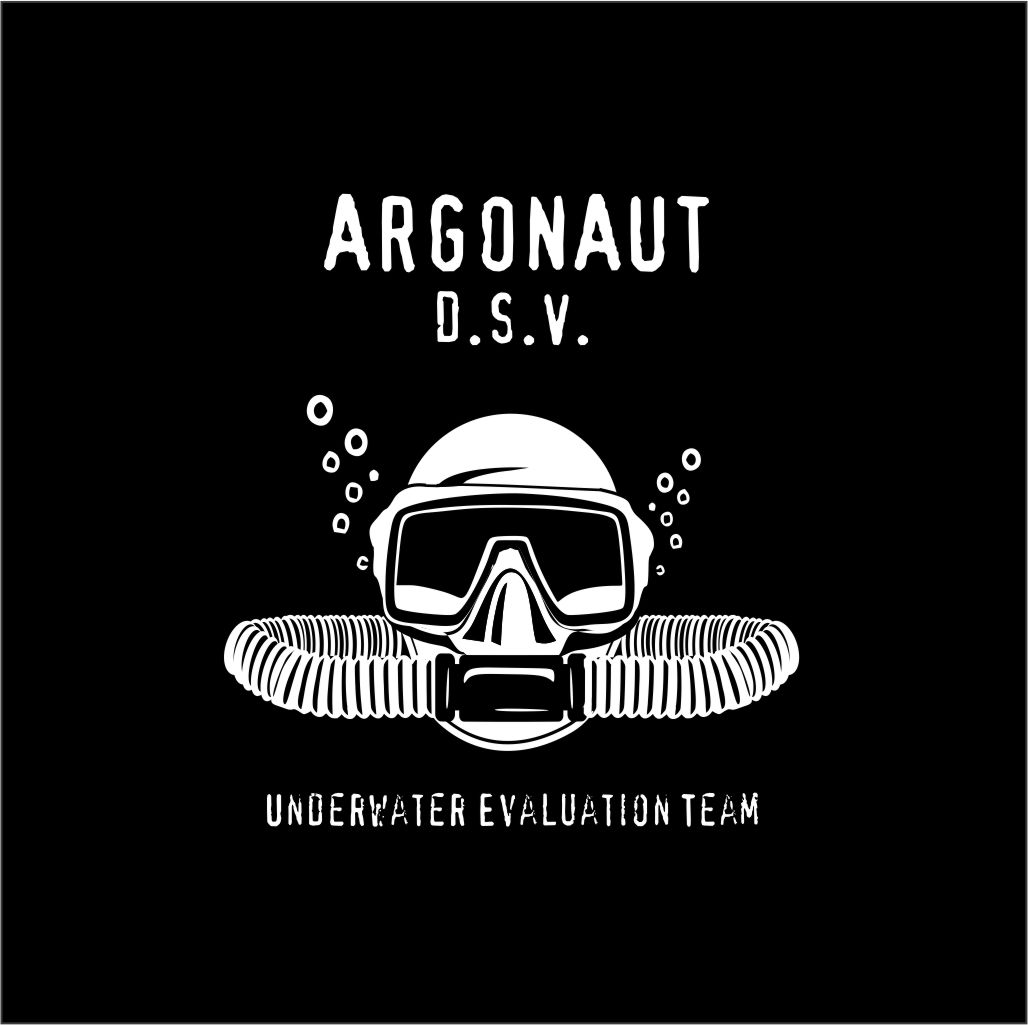 Posted by Unknown at 9:45 AM No comments: