One of the biggest complaints divers had about the double hose was they did not have the option to use high and low pressure accessories when diving with them.  Most active divers today were trained using pressure gauges, power inflators and safe 2nd stages.
Even in the 50's companies like Mar-Mac were making banjo fittings to allow use of a Sea-View pressure gauge and in the 60's US Divers added one to their catalog. In 67 they made all their regulators with a longer yoke opening  to accommodate this type of fitting as demand for pressure gauge use increased.
I have seen pictures and received a few first hand examples of devices made to adapt the Hookah port fitting for use with low pressure devices long before I started manufacturing the one used today.
Late in the game Voit made the Trieste model double hose which did have high and low pressure ports but it's high work of breathing due to design flaws made it a poor choice to begin with.

In 2005 setting around the campfire at Lake Wazee Wisconsin, Luis proposed his idea to redesign and improve the first stage on US Divers and Voit double hose regulators that would not only give high and low pressure ports but would improve performance. and a few months later the idea became a reality.

The initial prototype had only high pressure ports but was easy to install and setup using mostly off  the shelf parts from the Conshelf and Titan section of the Aqua-Lung catalog.  After evaluating the first one, low pressure ports were added. 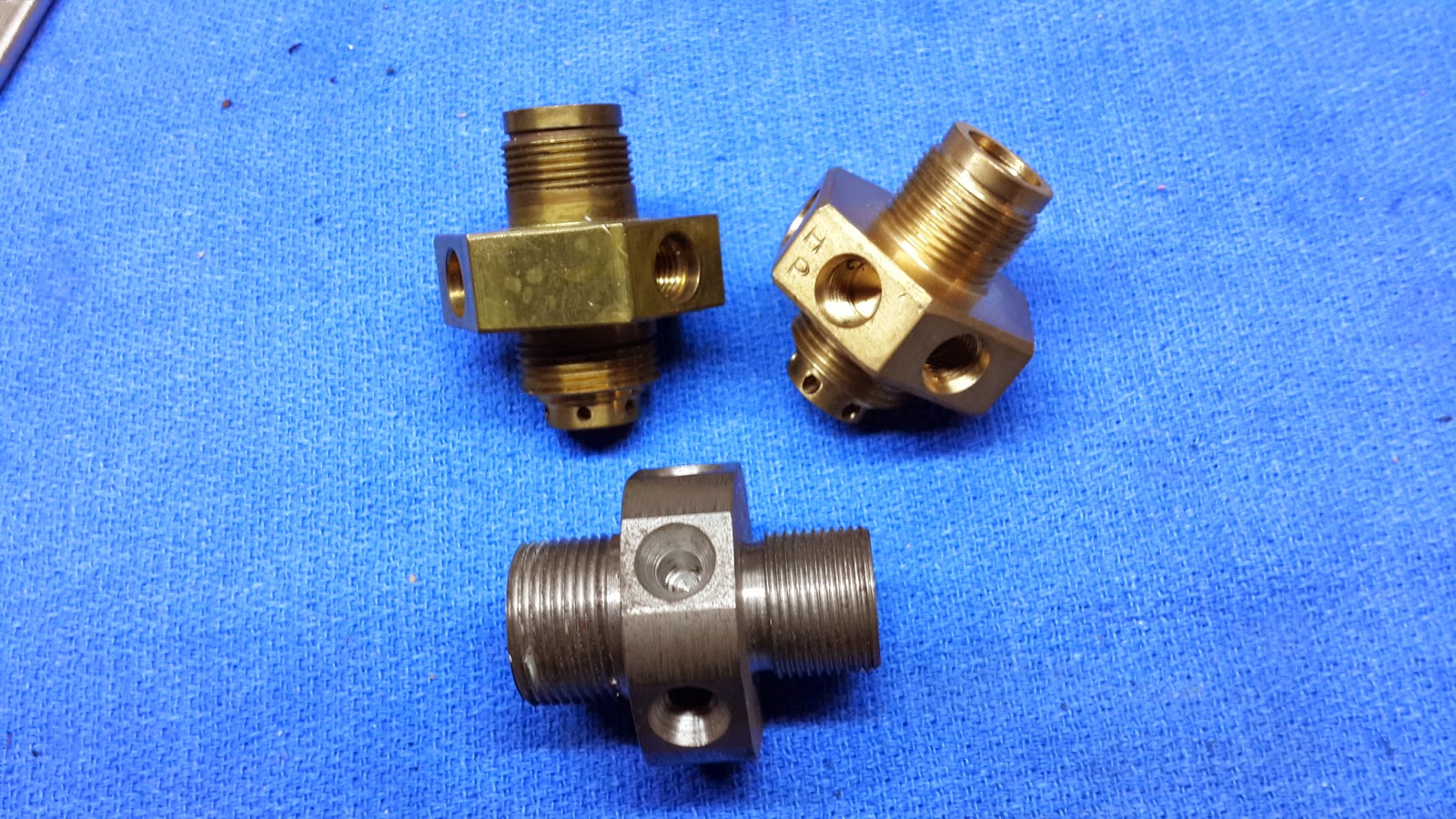 If memory serves me correct we made 12 initial first stages with high and low pressure ports and sent them out to divers for evaluation......Needless to say the Phoenix was an immediate success!
The banjo fitting and hookah port adaptors had worked well in the past but the Phoenix was a giant step forward into reviving the interest in diving a double hose regulator and getting it accepted into a community of divers used to having all the bells and whistles of modern equipment at their disposal. And by simply removing the ancillary devices the regulator was back in original configuration and you could dive it as it was originally designed.
After the first few went out Luis made a couple of revisions to improve on the design by reducing the space between the first stage and regulator body and making some internal airflow improvements. 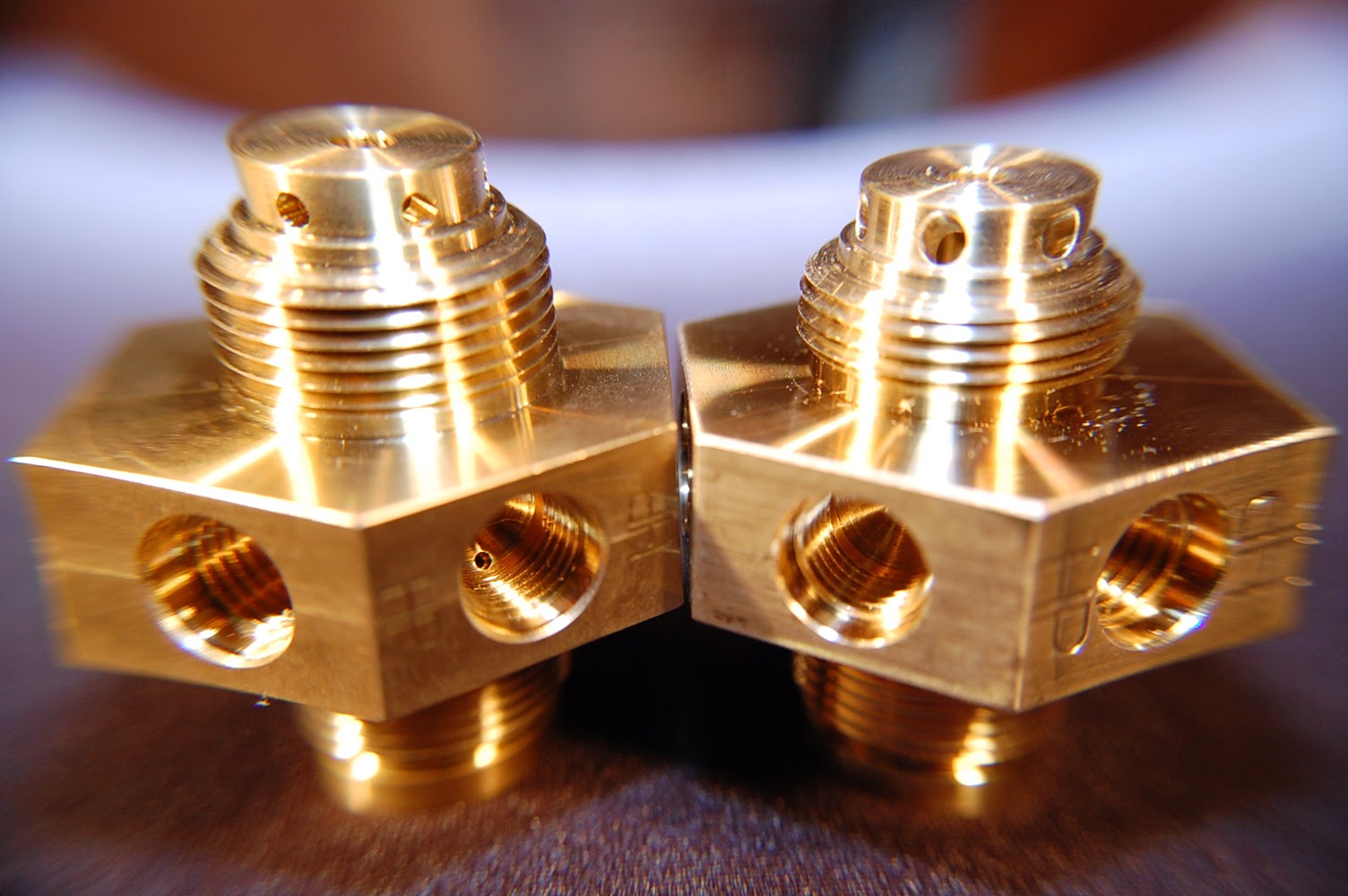 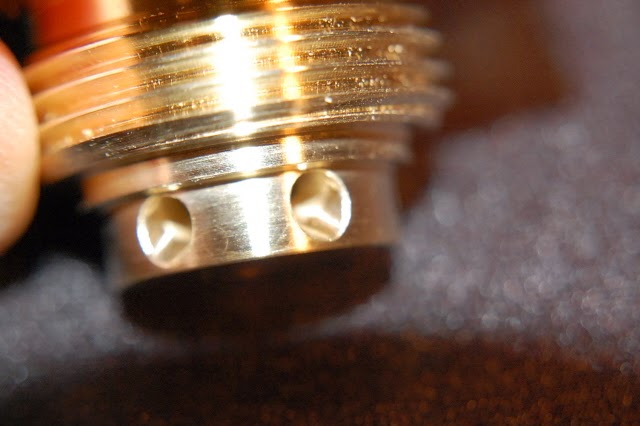 Since those revisions the Phoenix first stage has remained unchanged other than cosmetics.

When the Argonaut was finished I let the supply of Phoenix first stages run out thinking that the demand would not longer justify the cost of producing them.  I was wrong.....An immediate backlash from customers who still wanted the Phoenix for their future projects and to have one alongside their new Argonaut.
There are over 500 Phoenix first stages out in the field covering divers around the globe.

Adding a Phoenix to your regulator is the cornerstone of improving performance on your DA/Royal or Voit Navy regulator. With the addition of the HPR 2nd stage, improved main diaphragm and duckbill eliminator exhaust valve you can bring your regulator into the realm of modern high performance regulators.

Click Here to learn more about the Phoenix on the Vintage Double Hose website.
There is also a place on the website message forum devoted to the Phoenix for more information.